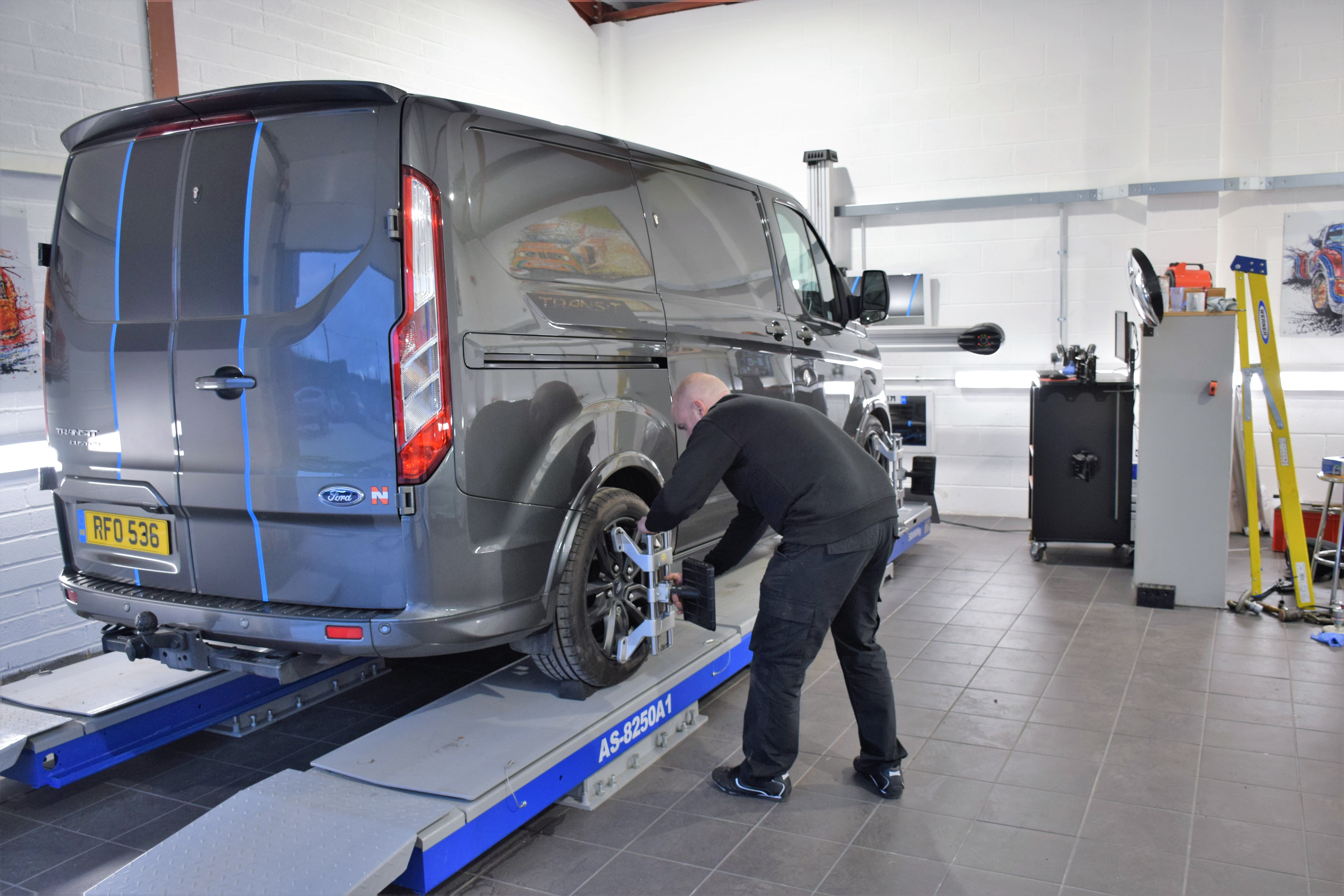 The Transit has always been a great van, but thanks to recent upgrade packages like the Custom and MSRT packs, it’s also become extremely cool. German suspension expert BILSTEIN recently launched a handling upgrade package for Britain’s favourite van, and we went along to check it out.

It’s fair to say, that in terms of upgrades and add-ons, the Volkswagen T5 and T6 have both had the lion’s share of the aftermarket’s attention. Latterly though, many big names have been looking towards Ford’s capable Transit as a similarly suitable basis for tuning and enhancing. Since the advent of the attractive MSRT models, as well as Ford’s own various option upgrades, many owner drivers have been making the switch, not least of all as the Ford is also storming value!

Keen to make sure that Transit owners could achieve the same perfect stance as Veedubbers have enjoyed for so long, German suspension Giant BILSTEIN has released a superb adjustable coilover and uprated rear leaf spring kit for the big Ford. Offering a set lowered stance on the back, with the leaves able to maintain the factory payloads, the fronts can be set at will, within a set adjustment parameter, to achieve the perfect look.

Keen to see how it all fitted, I joined Russ Foster at DMWorx in Aylesbury. Usually tuning and fettling quick BMWs during the day, Russ had bought the brand-new Transit Custom as the ultimate ‘Work’s Van’ – and when your day job is perfecting the performance of client’s track toys and race cars, it pays to arrive in the paddock in something that looks the part.

Before any work was carried out, Russ took time to measure the factory geometry settings and ride height to see how the new kit would affect the outcome.

The rear fitment is fairly straight forward. The factory U-bolts and fittings are unbolted to allow the rear leaves to be removed, for the new, uprated and lowered parts are put in their place, along with new, shorter stroke dampers with uprated valving. Although, in theory, it is possible just to fit lowered rear leaves, you have to remember that if the OEM dampers then sit lower in their stroke, they may wear prematurely, and not give the optimum damping characteristics. Uprating for a matched set-up is always the best way.

The fronts are much harder altogether, however. The kit itself is very straightforward, so it’s the topography of the Transit’s rather tortuous front end componentry that makes this a job not for the faint hearted! As the front struts sit for far forward, under the dash, most of the lower plastics will need to be removed before access can be gained. It’s tricky and time consuming rather than being outrageously difficult, so Russ soon had the various switches disconnected, and clear access to the strut tops.

With the front units out and the top mounts swapped over, it’s a simple case of setting the fronts to the desired ride height (BILSTEIN provides a useful base setting) before reassembling the whole lot and settling the whole lot down before a thorough alignment session to ensure perfect handling.

Looks wise, it was all a clear winner from the off, with the Transit achieving a much more aggressive stance immediately. Out on the road, the difference is even more apparent with a much sportier ride, significantly improved handling and the kind of dynamics that feel more like a large car than a commercial vehicle. If you’re a Transit owner yourself, it’s definitely an upgrade I’d recommend!

The kit can be ordered as you see here with uprated leaf springs and four new damper units for £980 + VAT or without the uprated and lowered rear leaves for just for £780 + VAT. If your van is your world, both represent cracking value!