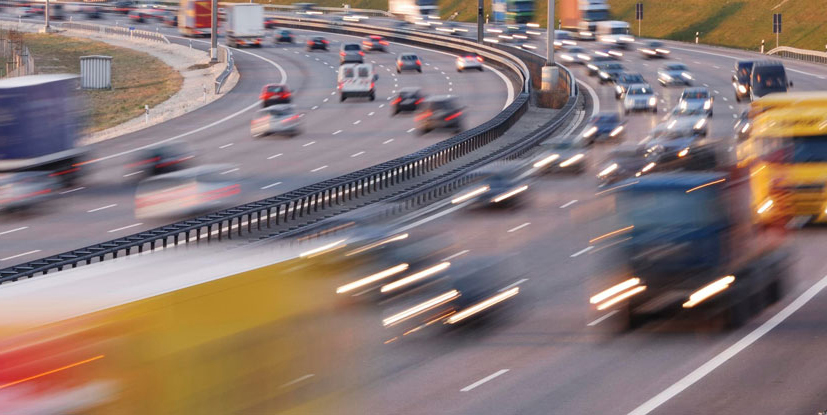 Traffic on Britain’s roads reached a record high for the year ending September 2016, according to provisional estimates from the Department for Transport (DfT).

It suggests that there were 320 billion vehicle miles travelled on the network over the 12-month period, which was 1.4% higher than the previous year.

This is 1.8% higher than the pre-recession peak in the year ending September 2007. Rolling annual motor vehicle traffic has now increased each quarter in succession for 15 quarters.

Compared to the previous year, car traffic increased by 0.9% to a record 249.4bn vehicle miles, which was 1.2bn more than the prerecession peak in the year ending September 2007.

Van traffic also continued to rise, increasing by 3.8% to a new peak of 48.2bn vehicle miles. For the past four years, van traffic has increased on average by 4% per year and is the fastest growing traffic type.

For the past four years, HGV traffic has grown on average by 2.3% per year, making it the second fastest growing traffic type in this period. However, HGV traffic remains below the peak of 18.2bn vehicle miles observed in the year ending June 2008.

Road traffic trends are affected by a wide range of factors, including population, personal travel choices and the demand for goods and services. The increase in traffic over the last three years is likely to reflect the growth both in the UK economy and population over the same period. Lower fuel prices may also have contributed to increased traffic.