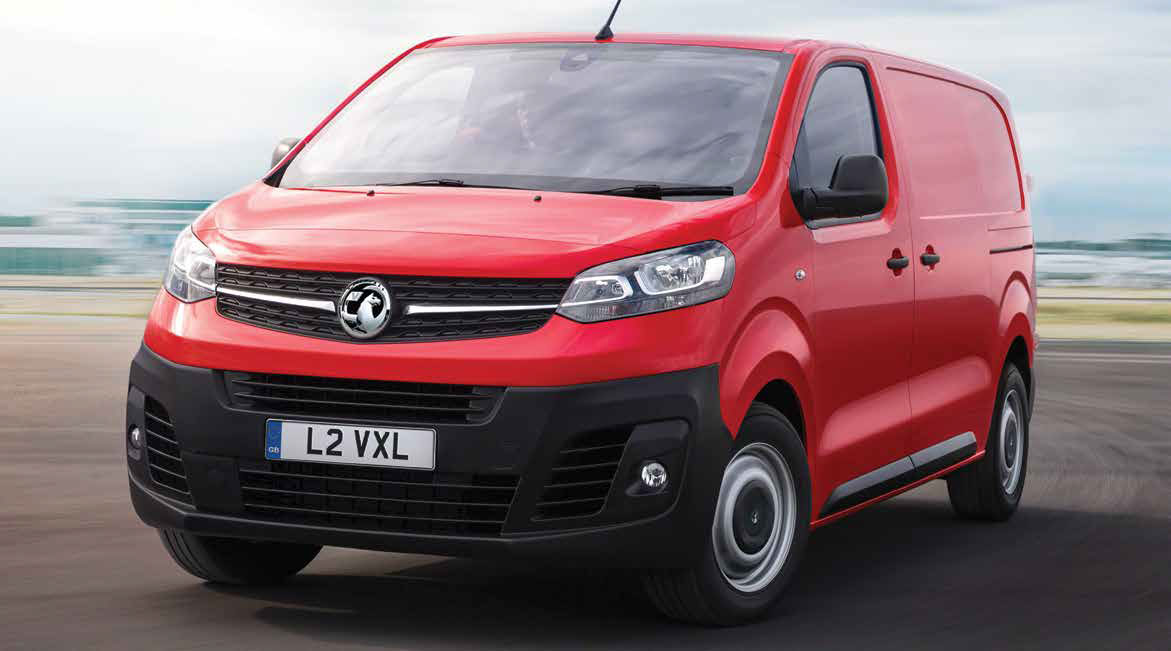 Fresh model follows its brothers from Citroen and Peugeot – but this new van is built in LutonVauxhall’s all-new Vivaro van has been revealed, heralding a bright future for the company’s Luton plant where the vehicle will be built.Arriving in Vauxhall showrooms this summer, the third generation Vivaro medium van is based on a state-of-the-art PSA platform and available in two lengths (L1H14.95m and L2H1 5.30m). Body styles include panel van, double-cab for up to six occupants and a platform chassis.

Priced from £21,240 ex-VAT, the Vivaro will be available in three trim levels: Edition, Sportive and Elite.Dual side sliding doors, driver/passenger airbags and cruise control with speed-limiter are all available as standard on Vivaro for the first time.

Reflecting the demands of an evolving market,Sportive models are higher specification than the outgoing model, with standard equipment including body-coloured mirrors, handles and body side moulds, alarm, auto lights and wipers, acoustic windscreen and thickened side glazing.

Vauxhall’s all-new Vivaro, which is based on Groupe PSA’s EMP2 platform, will help secure 1,250 jobs at its manufacturing plant in Luton. Vauxhall is the UK’s largest commercial vehicle manufacturer with over one million Vivaro-type vans built since production started in 2001.

Investment in the new vehicle will help increase the plant’s production capacity to 100,000 units per year.With the new Vivaro, Vauxhall continues to implement its PACE! strategic plan by investing in growing market segments with high volumes. Vauxhall will offer a purely electric version in 2020, another milestone on the journey to electrifying the brand.

Groupe PSA is the leader in the European light commercial vehicle (LCV) business and, in future, Vauxhall/Opel will also have responsibility for the global development of LCVs for the whole of the group.

The Vivaro will celebrate its world premiere at the CVShow in Birmingham in April.

“As a British brand since 1903 and the UK’s largest commercial vehicle manufacturer, we’re delighted to reveal the all-new Luton-built Vivaro,” said Derek Wilson, Vauxhall’s LCV director. “Practical, comfortable, economical and packed with all the latest driver assistance and connectivity technology, the all-new new Vivaro is the vehicle that sits at the heart of our commercial vehicle range.”

With a maximum cargo capacity of 6.6 cubic metres, the new Vivaro has a payload of up to 1,400kg, 200kg more than its predecessor. The same applies to towing weights: the maximum trailer load is 2,500kg, 500kg more than the outgoing model. Objects up to 4.02m long can be stowed securely in the 5.30m version thanks to Flex Cargo, an optional load-through flap under the front passenger seat. Adding to its office on wheels credentials, the FlexCargo also allows the back of the middle seat to fold down to become a table for documents, a notebook or a tablet.

Automatic side sliding doors are also available for the first time on Vivaro. A foot movement towards the sensors on the vehicle is all that is needed to open the door.

Stability and safety on a variety of slippery surfaces– mud, sand or snow – is provided by the advanced IntelliGrip traction control system (optional) including the work-site set-up comprising higher ground clearance and underbody protection.

Inside, the new Vivaro is bristling with all the latest technology, on a par with the driver assistance systems and connectivity that is usually only seen in passenger cars. The Vivaro is available with a Head Up Display so that drivers can see all important information and keep their eyes on the road. The additional front-camera and radar-based systems include: The Vivaro features ultrasonic sensors in the front and rear aprons. They warn the driver of obstacles when parking and monitor the side blind spot. Depending on the equipment level, the rear-view camera image is displayed either in the interior mirror or on the seven-inch display.

A multitude of seating adjustments, some of them electric, including lumbar support and armrest, mean the driver-oriented cockpit is as comfortable as that of a passenger car.