Close Menu
Trade Van Driver > Reviews > VW > VW T6: can vans get any better than this? 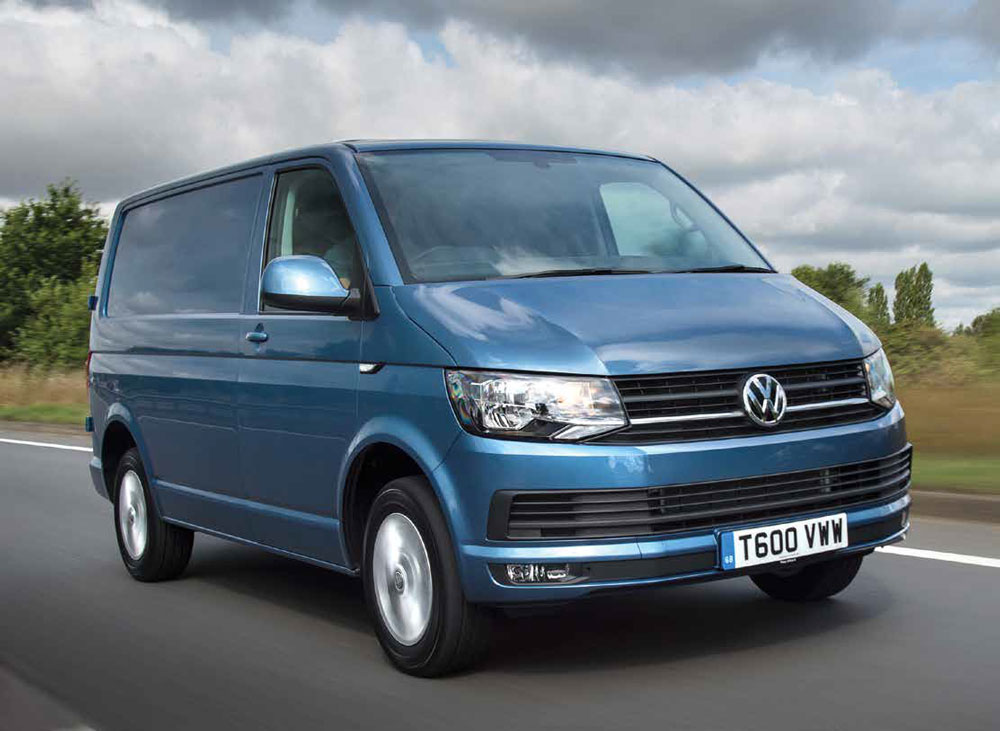 Our first drive behind the wheel of the new UK Transporter shows the legend lives on – and gets better and better. John Threadgold reports

OK let’s start by sweeping aside all the hoo-hah that is going on at present surrounding Volkswagen’s emissions testing. The Transporter didn’t feature among the list of the vehicles affected, so for the sake of this road test we can completely ignore the problem.

We already drove the new T6, which went on sale last September, at the launch in Sweden (left-hand drive vehicles only) so now we have finally got to test our first UK model.
While the latest incarnation doesn’t look a whole lot different on the outside, there are changes galore underneath. Our test model is the top-range Highline variety, boasting a Euro 6 compliant diesel powerplant with 102bhp on tap. This engine is expected to be the biggest seller.

Weighing in at a basic price of £22,735, this model has a dazzling array of standard equipment that would fill this page on its own if we listed it all. It includes safety items such as automatic post-collision braking, a sleepy driver alert system, hill-hold assist, traction control, alloy wheels, heated windscreen, cruise control and air-conditioning. Our test van also had a built-in navigation system at a hefty £816.

This model gets a Blue Motion badge, signifying its green credentials. What this means in real life is that it is slated to return a very creditable 47.9mpg on the combined cycle thanks to such extras as low rolling resistance tyres, regenerative braking and a stop-start system.

Euro 5 engines were available until they became obsolete after September 2016 and all the powerplants in the range offer better fuel economy than the old ones – up to 15% better in fact.
The rear end of the Transporter hasn’t changed since T5 days, which we won’t mark Volkswagen down on as there was nothing wrong with the existing arrangements.

Our test model swallowed 5.8 cubic metres of cargo – just beating that of the rival Vauxhall Vivaro – but thanks to the extra weight of the vehicle, it loses out badly to the Griffin on payload – 858kg against the Vivaro’s 1,239kg.

This means that care will have to be taken to make sure the Transporter isn’t overloaded.

On the road, the Transporter is a delight, feeling incredibly well screwed together to withstand the rigours of a busy fleet life. The driver’s seat is all-new, giving even more support on long journeys than the old one which we always reckoned was a winner.

The dash is new too and we were pleased to note that there is now a 12-volt take-off on top of the dash so that plug-in sat-navs don’t leave their wires trailing all over the place.

On the ride and handling front we reckon the Transporter is challenged only by the Transit Custom, both offering slick gearchchanges and taut handling, We were, however, surprised to see that the Transporter only had five gears.

A sixth cog would have been much appreciated.