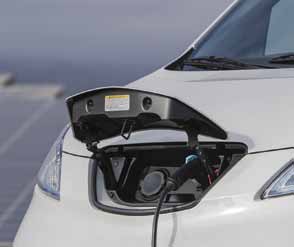 Internal combustion engine has ‘a long term future in automotive’

The head of Total has outlined the company’s strategy to become an energy supplier rather than an oil company, while forecasting the the internal combustion engine has a long-term future in automotive transport. Patrick Pouyanné, chief executive officer of Total, said the group was investing heavily in clean energy sources and would install electric recharging points throughout its filling station network.
However, he added that electric power trains will only drive 20% to 30% of the world’s light vehicle fleet by 2040, and only half of new cars sold in 2040 will be driven by batteries.
“Ninety-five per cent of transport today is fuelled by oil,” said Patrick. “There is a clear future for electric vehicles, especially in cities because of air pollution, but there are still obstacles to a large adoption.”
These obstacles stand throughout the supply chain, from the capacity of national grids to support wide scale demand for electricity to the lack of a recharging infrastructure and even a shortage of raw materials.
While many commentators expect to see the unit price of lithium-ion batteries for electric vehicles tumble in coming years as manufacturing volumes rise, Patrick warned of inflationary costs due to a shortage of core elements, such as nickel, lithium and cobalt.
It’s a point underlined by the independent International Energy Agency, which said cobalt demand for EVs is expected to be between 10 and 25 times higher than current levels by 2030, and China controls 90% of cobalt refining capacity. In terms of recharging infrastructure, Total is installing 1,000 high-power charge points at 300 sites, spread out every 150 km on Europe’s main motorways and trunk roads, aiming for drivers of electric cars to be able to recharge their vehicles in 10 to 20 minutes with enough power to reach their destination. But the company still expects 80% of electric car charging to take place at home or the workplace.
Patrick himself drives an electric car, and said: “These vehicles are very well designed for short distances. But when distance becomes longer, there is a future for efficient, gasoline powered vehicles.”
He added that it is easier for engineers to lower the fuel consumption of petrol engines than diesel and said the substitute for diesel will be compressed natural gas and liquefied natural gas, especially for heavy commercial vehicles.
Total acquired a 25% stake in Clean Energy Fuels Corp in May, a major provider of natural gas and renewable natural gas for transport in North America.
“Customers and regulators around the world are demanding cleaner transportation alternatives, particularly in the heavy-duty market,” said Patrick.
The abundance of natural gas in the US makes it a logical fuel to back, and globally Total forecasts that natural gas-powered trucks and electric trucks for last-mile deliveries should account for more than 10% of the world’s fleet.