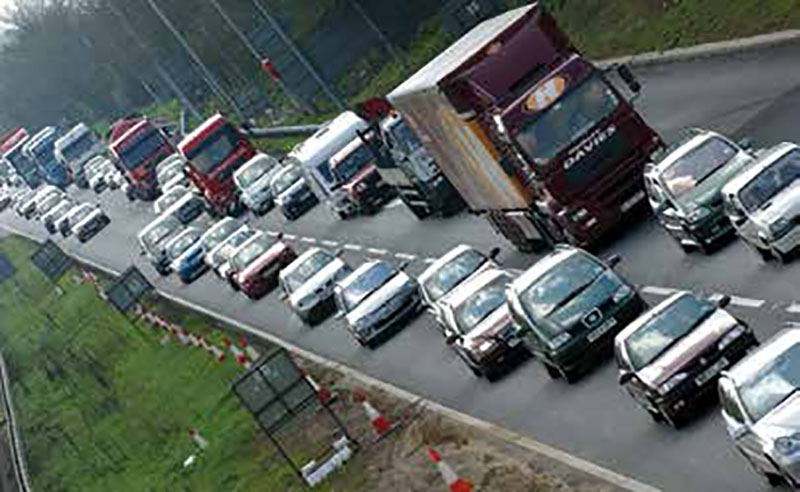 Years of under-funding and extra traffic take their toll

UK road network in ‘terminal decline’ with one in six local roads needing to be repaired or even facing closure in the next five years. That’s the finding of this year’s Annual Local Authority Road Maintenance (ALARM) survey, which says the state of the local road network has been hit by the cumulative effect of an ageing network, decades of underfunding, increased traffic and wetter winters.

Now in its 22nd year, the ALARM survey, produced by the Asphalt Industry Alliance (AIA), again finds that local authorities need over £1bn to bring the network up to scratch – a figure that has remained largely unchanged for four years – and the gap between the amount they received this year and the amount they say they need to keep the carriageway in reasonable order is almost £730m.

The research found the number of potholes filled over the last year has dropped again for the second successive year and stands at 1.7 million – one every 19 seconds.

Alan Mackenzie, chairman of the Asphalt Industry Alliance (AIA), said: “Almost all journeys begin and end on a local road and we all rely on them every day. They represent an asset worth in excess of £400bn but, at present, less than one per cent of their value is being spent annually on maintenance.

“The most efficient way to deal with our crumbling roads is to fix them properly and stop potholes forming in the first place.

“It is time we had a rethink about the future funding of our roads otherwise we will end up with a network that is just not fit for purpose.”

Responding to the survey, Cllr Judith Blake, Transport spokesperson at the Local Government Association, said: “Councils share the frustration of motorists having to drive on roads that are often inadequate. Our polling has shown that 83% of those polled would support a small amount of the billions paid to the Treasury each year in fuel duty being reinvested to help councils bring our roads up to scratch.

“Our roads crisis is only going to get worse unless we address it as a national priority. The Government’s own projections show a 85.5% increase in congestion by 2040. Councils desperately need long-term and consistent funding to invest in the resurfacing projects which our road network needs over the next decade.